My first installment in this new series I’ve blandly titled “7,” is on envy. I preached it as a sermon just a few weeks ago. What you’re about to read is, in fact, an amended version of that sermon.

In her chapters on Envy, pastor, author and good friend, Laurie Jackson, uses a different scripture to talk about this particular deadly – the familiar, well-loved story of “The Prodigal Son” as told in Luke’s gospel, specifically, the elder brother. A whiny codger if ever there was one.

It’s also a perfect story to discuss the sin of envy.

I’d originally thought to do the same. But, I chose the story of Cain and Abel to up the ante a bit. Laurie went PG. I went straight to R-rated. In the elder brother, we see envy being acted out in passive aggressive ways. With this story, there’s precious little passive and a whole lot more aggressive. In her book, Laurie says this about envy, and I quote, “It is possibly the subtlest of the sins and therefore, the most insidious.

I believe she may be right. 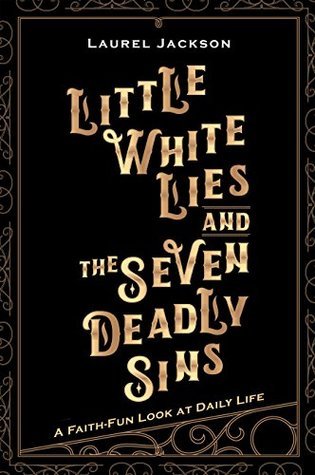 We’re surrounded in the sin of envy. Our commerce is built on it. Human relationships swim in it. Its effects are felt everywhere, daily, and those effects are deep and stealthy.

There certainly is no shortage of envy or jealousy in the Bible. And, the story of Cain and Able is the tip of the iceberg. Let’s name just a few of the more infamous instances of envy in the Bible, shall we?

How about Abraham’s barren wife, Sarah, and her handmaid, Hagar? That produced an envy which resulted in centuries of religious rage and carnage among the three Abrahamic religions.

Or, how about Rachel and Leah? There was an envy that left an exhausted Jacob, constantly pregnant women, and the 12 tribes of Israel. Productive, but convoluted.

Joseph and his brothers. Here’s a sibling rivalry on steroids, that resulted in attempted fratricide, Joseph’s imprisonment, and ultimately, the nation of Israel’s bondage in Egypt.

Saul and David. Saul virtually goes ape over someone else being anointed as king and, the resulting jealousy results in the almost cartoon-like chase after David, who is harassed for years by a crazy person. And the pièce de résistance?

The word “envy” in the New Testament sounds like a Marvel comic villain: φθονος (phthonos). Such delightful fun to hear someone pronounce after a few drinks (or before, for that matter). It means “the feeling of displeasure produced by witnessing or hearing about the advantage or prosperity of others.” In the bible, it is ALWAYS associated with evil. Its partner word is the Greek, ζηλιάρης (Zeeliaris) that has rather broader meaning, not always negative, as it is also related to zeal.

The story of Cain and Abel is an odd one to be sure. I must confess this story has always troubled me. A shallow reading will leave one feeling as though there’s entrapment on the part of God toward Cain. A set up.

Perhaps, in a sense, it is. Like many good stories, there’s much left out that invites speculation on the part of reader. We’re forced to ask the question, how truncated is the timetable here? How much time has elapsed? Listen to how fast this moves:

“Now the man knew his wife Eve, and she conceived and bore Cain, saying, “I have produced a man with the help of the Lord. Next, she bore his brother Abel. Now Abel was a keeper of sheep, and Cain a tiller of the ground.” To the reader, one minute, Adam and Eve are “knowing” each other, the next they have two grown sons with careers and well-tended sibling grudges. If this were a movie, we’d get a screen notification saying, “25 years later.”

That alone tells us something. The kind of sibling rivalry and attendant jealousy at work here doesn’t just crop up overnight. The same could be true of the two brothers in the Prodigal Son story. This is something stoked over many years. We haven’t been in living rooms or at kitchen tables where Adam and Eve seem to favour one lad over the other, or where the father doted on the younger son while leaving the elder son to run the business. We have to trust that God and the storyteller know what they’re doing as we fill in the blanks.

Envy and jealousy are complex. Like wine or tea, they require time to age appropriately. Trust me, with Cain and Abel, jealousies are ripe for the picking. This is a cauldron ready to boil over. And God knows this.

By the time they’d brought their offerings to the Lord – Abel, an entrée, and Cain, a house salad – (I dare say we’d all be a little disappointed) murder is already waiting in the wings. The fire of Cain’s jealousy is running hot, a volcano just waiting to erupt.

Hence, it’s more likely that God’s acceptance of Abel’s offering, and dismissal of Cain’s has less to do with content than with intent. Abel’s heart contained no anger, no guile, no envy. Just satisfaction. Worship. But one imagines that, from the get-go, Cain’s heart was already choked out by dark jealousy, a one-upmanship that breeds a lust for adulation rather than pure gift of praise.

God’s statement to him? “If you do well, will you not be accepted? And if you do not do well, sin is lurking at the door; its desire is for you, but you must master it.” This sounds very cryptic until we remember that God sees everything inside of Cain. He sees everything inside of us. God’s been in the living room, at the kitchen table, in the field as he inwardly curses out his brother time and again.

This story illustrates for us how poisonous envy can be. And, let’s be honest, who among us hasn’t experienced this at some level? There are few things worse. Let’s pry open Cain’s head for a minute.

Let’s say, a long-awaited, well-deserved, promotion is handed to someone else. Accolades for a job well done, perhaps on a sports team, or in business, are lavished on someone utterly undeserving instead of you. Maybe that someone got there because of you.

And, at the top of the envy game? The High School hallway. Remember those wonderful, terrible days? A litany of unseen hurdles and expectations. Only the prettiest, strongest, most hip need apply. Everyone else just stay in the shadows.

This is a sin that has impacted me personally. I grew up the oldest of three adopted siblings. We lived in a tiny but happy home in the blue-collar part of Calgary. My father was a union brewery worker which meant he earned a decent living, but still a meagre one. In an effort to streamline family finances, most of our family vacations revolved around me and my music. My brother and sister toddled along for the ride. I guess it was assumed they’d get collateral enjoyment from my activities and accolades.

Guess what? Not so much. They did well, all things considered, but we were well into our forties and even fifties before we finally put all the jealousies on the table and talked through some of the resentments. Sadly, my brother and I haven’t spoken for some time now.

Envy is dangerous. It’s pervasive. It eats us alive. It gnaws away at our inner world like acid. It isn’t our friend. And where envy is, meddling, mischief, murder, and mayhem usually aren’t far behind.

But envy takes time to nurture. Just like the curmudgeonly elder brother or, worse, the murderous heart of Cain, envy roots itself deep and isn’t uprooted easily. But, we’re in the driver’s seat. We can actually determine outcomes. Sin lurks at our door and its desire is for us, but we must master it. Because God says we must, means that at some level we can, albeit with God’s help.

“So, Rob, how on earth do we master something you have yet to master?” Well, there’s a good question.

I. HAVE. NO. IDEA. But the scriptures give us help here.

Envy, just like all the other deadlies is a Goliath we must face. It is always bigger than we are. To envy is to make a statement about our own insecurity. In essence it says we’re unlovable. Unacceptable. Or less acceptable than someone else. Envy cries out for an acceptance we already have. If not in the eyes of others, most certainly in the eyes of God. God couldn’t care less about the type of offering Cain brought. God cared for the inner attitude and wholeness of the one who brought it.

Out of gratitude can grow a healthy self-love in which there is no longer any need to pursue the validation of others. It becomes much less necessary since we have all we need in ourselves already.

And, in this love comes a beautiful freedom to champion the well-being of another. When I am enough, the quest for something else to bolster my sense of self is circumvented, short-circuited, and I’m set free to help someone else find what I already have. The Bible says, “Wrath is cruel, anger is overwhelming, but who is able to stand before jealousy?”

How do we master such a beast? Envy is deadly. But, the antidote to envy is gratitude, shown in love. It is the David of gratitude to the Goliath of envy. Our need to envy is outstripped only for our need of God.

Lord, have mercy on us and grant us peace. Amen.