For guys like me who suffer from severe, chronic directional retardation, Diana Ross contributes the quintessential song, “Do You Know Where You’re Going To?” It is an appropriate question for me since, as previously mentioned, I get lost easily. There’s an even more embarrassing reality here…

My wife is a professional cartographer.

I know! How crazy is that, right? I like to kid her that, not only does she tell people where to go, but then gives them detailed directions as well. In my unredeemed moments when I’m tempted to tell some self-congratulatory stuffed shirt to go to hell, I know where to go for tips on the quickest way there. My wife is an expert in helping people get from A to B and back again. In this way she is a kind of geographical shepherdess, guiding the unwary soul away from the rocks of potential disaster to the still harbor front where rest and Daiquiris await (or tonic and lime in my case).

I’ve been a “professional” church music director for many years. Anyone who does what I do will likely share a similar scenario. When introducing oneself at parties or potlucks, the customary question aimed at one’s spouse is always the same, “and what instruments do you play?” The assumptions here are many, not the least of which is the very 1950s idea that to hire a man for ministry is to hire his wife and family as well. I’m the main guy, she the piano-playing-kid’s-choir-directing-always-polite-and-fashionable-dutiful-wife sidekick; a role for which she is rarely recognized and never paid. Once, while at a party with friends, a certain insistent lady kept pushing for more information on her singing abilities since “that’s what music minister’s wives do.” True to form, Rae replied with the astute comment, “is that the same for you since your husband is a carpenter?”

She used to be bothered by this presumption. Thankfully, the perception of a thinly-veiled evaluation has worn even more thin over the years. Now we simply chuckle about it.

People have often asked me, why didn’t you marry another musician? I recognize that to be the accepted pattern. In actual fact, she knows a great deal about music and is a passable pianist and organist. We both share a widely eclectic musical palette; everything from Bach and The Chieftains to Sara Bareilles and Death Cab for Cutie. Tellingly however, our younger son, Graeme, once told her she had the singing voice of a goat and that even auto-tune is out of its league here.

One must understand that musicians, or at least I, swim in a veritable sea of self-referentialism. Ironically, it’s what makes us good at what we do. Artists are generally brooding, too self-aware and then, pushy about it. I’m at the head of that parade. Don’t get me wrong, I love my artsy kindred spirits but, seriously, you really don’t want more than a handful in the same room at any given time, trust me. It’s simply too much Bohemian smug for most church potlucks to accommodate.

No, I’m quite pleased to have met someone who, instead, shares other deep passions of mine – history, geography, old languages, and rain. My undergraduate degree is a B.A. in Music with a major in Vocal/Choral Performance. Hers is a B.A. in History with a minor in Geography. In this curious mix, at least in our better moments, we have seen a much fuller, rounder, doubly satisfying concoction of passions and traits. It means that I can be the king of music, she the queen of history under the same roof. Instead of vying for attention, as artists are wont to do, we have the choice of being each other’s biggest fan. 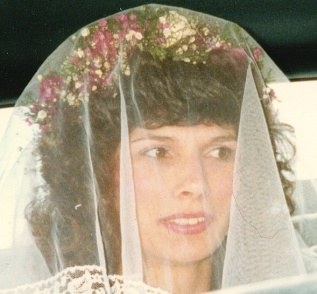 Granted, this sounds great in theory. It doesn’t always work in reality. But, the lesson is clear. In our darker moments, a poem, joke or song from me can bring hope and cheer to an otherwise bleak situation. She reminds me that men and women have struggled with such darknesses for centuries and that safer shores were never that far away.

Now, when asked why I didn’t marry a musician I can simply say that I needed someone who would tell me where to go, how to get there and, in so doing, help this lost soul be found again.

I know of Someone else who does such things.

12 thoughts on “My wife always tells me where to go”