‘A day late and a dollar short’ as they say and we pull up to the front door of Michindoh Conference Center. The air is brisk, although not as might be expected on a winter day in mid-January Michigan. The quiet here jumps out of the bushes and sings from the frozen trees. The lake, too, is frozen; seemingly dead, unmoving. It shivers under its own weight of wet and white.

There are hints of voices, of faces and laughter and prayers afoot; the gift of extended family burnt into the very carpet and walls. Memory serves well here and I am struck by its power. For this place represents something far beyond itself, a kind of knowing – the embrace of God through the embrace of friends. And I still feel that embrace like a long look down a hallway full of portraited eyes, the well-known smiles of those who truly know me, who long to be known.

For me, Spring Arbor University’s MSFL (Master of Spiritual Formation and Leadership) program was the end of a long search and the beginning of the best journey. And its demise demands a few words said in remembrance; both lament and praise.

In a sad twist of irony, this final Residency finished early. The annual sojourn to varied points around the country over more than a decade formed the unifying core of people, process, and prayer. With still another day to go that included a mini-concert to which I was looking forward (my modesty remains unchanged, despite God’s efforts), we had an early lunch and, with hardly a word, stepped into a travel van and barreled down Michigan back roads toward Detroit Metropolitan Airport.

The short but transformative ride of the Spring Arbor University Master of Spiritual Formation and Leadership comes to an ignominious , gently uncelebratory end. Twelve (or was it thirteen?) years were bundled up tight, held together by the prayers and pain, tears and triumphs of those who benefited from all it gave.

With MSFL, it felt like I’d finally stumbled onto something worth surrendering to fully. Through all my academic career, wed to a curious soul, the answer waited agonizing years before its fruition in this MSFL program.

I had already attended seminary at the Canadian Southern Baptist Seminary (a veritable cascade of uncomfortable ironies in the title alone). I enrolled at Regent College, twice, and then at George Fox Seminary, twice. Nothing seemed to fit just right. Like settling for one thing because the thing hadn’t shown up yet.

MSFL was a clarion call to suckle the teet of God. That, indeed, I did, along with dozens of others over as many years. To hang out online with people who are not freaked out at your language, one’s love for weird stuff like darkness, light, candle-fed shadow, the deafening silence of the God who sings – a language that includes words like lectio divina, hesychasm, apophatic theology, theosis, and dark night of the soul is better than anything I can name.

Travel day. I sip my radically sub-par coffee made from suspicious-looking water. The sounds of the hotel are awake, humming with the activities of a morning, also awake. The gym calls but so does my bed, comfortable as hotel beds go.

My journal won the mental coin toss. My thoughts turn once more to the MSFL era, now winding down like a beautiful car that apparently just ran out of gas on the long and winding road of enlightenment. Stranded now, it awaits the buzzards of time and urgency to bear it away into the great garage in the sky. It is full of the rusty, dusty and musty ideas of days gone by. Ones that never got on the road but, like MSFL, simply ran into the ditch somewhere. Others never had the right parts, so they never got going in the first place. Still others raced out the door, speeding like bullets down the road to success but, ill-prepared for the dangers of that road, flung itself wildly into tailspin, crash and burn.

Besides the study itself, much of my time was spent in writing and facilitating liturgy for our annual January Residencies. It was a job in which I happily splashed about like a precocious little piggy. Moreover, I enjoyed having done so from the very beginning of the program when dozens of us sardined into a large classroom on the campus of Spring Arbor University to dream, pray and wonder at what the future might hold.

MSFL was a good idea. It still is, despite its demise. The irresistible gravitas of this program combined with the unassailable depth and quality of what it was designed to offer make this a profound loss indeed. What beautiful audacity to dream of a program uniquely constructed for the soul; for the benefit of shaping better lives and, together, a better world. As Tony Campolo says, quoting I know not who, “we seek to build a world where it is easier to be good.”

This was the aim and continual hope of MSFL. It was aimed directly at our humanity in all its complexities. It sought to embrace the heart in the arms of Jesus in order that we learn to do likewise. The very idea was captivating; not only for me but for numerous others as well.

Moreover, it held great appeal to others like me for whom the ideas, culture and practices of contemporary evangelism no longer tantalized. It titillated one’s spiritual hunger and curiosity, daring to use the pre-Reformation language of soul, sacrament, and sanctus of God. It presumed to challenge a rational, punitive, positional, scientific Christianity with a relational, transformative, restorative, mystical one. It sought to assert with insistence and intentionality that, to aim at the soul is, by extension, to aim at the world in which it finds context, meaning, and mission. It trumpeted life in proximity to the Divine dance that is Father, Son, and Spirit, spurning (or at least questioning) a hobby faith.

These claims were adopted and adored by the courageous (foolhardy?) folks tasked with leading us. Their commitment to formation, not just education, put it at odds with the academic establishment. Those for whom education consists primarily in growing heads, overstuffed and heavy, atop weary bodies and thirstier hearts, could still find something here. The program was often as intellectually rigorous as it was personally challenging. As such, it stood squarely against the prevailing dualism housed generally in the west, most specifically in evangelicalism.

Learning to think deeply is hard. Learning to live deeply is horrifying. The discipleship moniker is not “come and learn.” It is “come, and die.” No wonder it was a marketing impossibility. Shiny brochures, sleek websites and leading figures were one thing. Faithfully portraying the inherent dangers of communal vulnerability – and charging for it – was nigh impossible! Like a dead guy receiving his doctor’s bill.

MSFL was also an experiment in hybrid-learning experience. A primarily online degree, it asked the fair question, “can spiritual community, predicated upon spiritual development, be accomplished online?” Could a program erected on the belief that the spiritual formation enterprise is, at root, a relational-narrative one be successful in an isolated chat room?

The answer? Abso-freakin’-lutely! The cohort with whom I was blessed to journey, we lovingly dubbed “Conspirators”, ratified in seconds what we’d already experienced. The depth of our online life spilled over naturally in our face to face reconnaissance. Our first meeting wasn’t even love at first sight. That had already occurred previously in weeks of close-knit cyber-chat.

It was a consummation.

Now, with the double-edged sword of sadness and gratitude, I turn my head away from Master of Spiritual Formation and Leadership to the ongoing sojourn of My Slowly Forming Life. The former gave me inspired tools for the latter. The former gave me memories with which to build the former. With words certain to reveal my age, “we have the technology; we can rebuild him.” That was MSFL. 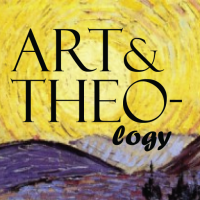 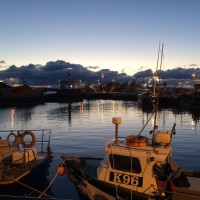 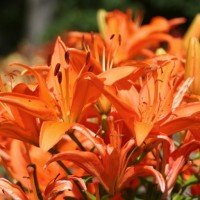